I may have been ignoring my blog but I’ve still been facilitating at KSP Writers’ Centre.  Admittedly mostly Tabby and Alex but I believe technically there are considered people.  And they do pay, actually I pay.  That’s right I pay to boss about my own kids.  Actually thinking about it, they listen to me; money well spent.  Grandma doesn’t pay, and she doesn’t listen, I’d pay for her but I believe she may be a lost cause. 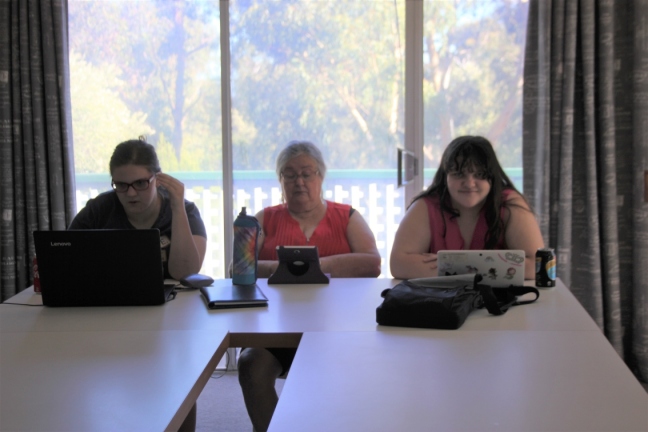 So in my role as facilitator I have to set an exercise, this was my attempt:

Where am I going to hide?
I have to find somewhere quickly, before I’m found out, before they come looking.

Playing both sides against the middle was a dangerous game to play and this is my reward; both sides out to get me. And what would they do once they found me?
The cops? Well I may have burned my bridges there, even if I give them what they want they may still leave me hanging out, because I fucked them around, maybe even because they no longer believe me. And by the time they’ve verified my info, well I’ll be long dead. There’s witness protection and there’s witness protection if you know what I mean. The guys I’ll be squealing on need the serious intensive fulltime protection that I can’t see the coppers putting themselves out for. 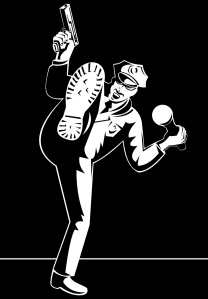 My pals? They just might kill me before bothering to find out what I know. Thugs aren’t hired for their thinking skills. I mean the big guys, well, they’re gonna wanna extract the info out of me, top priority. But the trigger happy goons that do the actual footwork, they are difficult to predict. And Larry well if he’s got an inkling of what I’ve got to sell, let’s just say an accidental death looks a lot better than … Nope, not giving this away to anyone! It’s worth big bickies, and now, my life.
The DA will bend over backwards for this stuff, but they use the local cops for their witness protection. Plus the morons are dumb enough to believe in the system, naivety while so cute ain’t the best protection.
Nah it’ll have to be the feds. Money, clout, even more interest than I have in showing up the local yokels as the buffoons they are, they are my best bet for a big payoff, and the chance to spend it. So all I have to do is hide long enough to make contact with the FBI. Piece of cake. 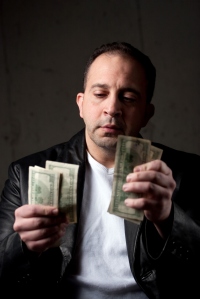 David looked frantically around him. Running towards the warehouse he hid behind cover wherever possible.

It was hardly surprising given the trouble he was in, he had spent months tantalising the police with titbits of information on organised crime figures he associated with, but never quite giving them enough to act on.
David was too busy draining every last cent he could from his bosses to give the police what they needed. The police knew they were an escape route but as his ‘last few days’ to finalize things drew out to months they had decided they were buying a pig in a poke. David didn’t have the proof he claimed and they were not a second chance charity outfit, he was on his own. In their last strategy meeting they had decided to take him in, get whatever he had and then let him fend for himself, he’d been given enough chances.
David’s supervisor Gregor had been oblivious to David’s collusion. He knew David was talking to the police, everyone that worked in the place talked to the police, constantly. But as he’d said to his own supervisor, a money grubbing worm like David was safe, he knew which side his bread was buttered on. But when David disappeared the day before his section audit Gregor knew he had jumped ship. And being a cunning little bastard he would have had an escape route. Top priority he told his elite security detail get David back here, find out what he had and eliminate the danger.
Larry was just a security employee, he was paid incredibly well but he didn’t have to bother with paperwork. But as he often told his brother ‘I know people. David and I were close, too close. I’m not sure but there is a good chance that David knows too much about me for his capture by either side to be in my best interests.’

As David crouched behind boxes he mumbled to himself, ‘Cops, Pals, DA, FBI!’ As he said the last word his tone changed and he smiled. “Piece of cake,’ he muttered.

In my defence I have been binge watching ‘The Streets of San Francisco’.