Finally Mummy is asleep & I get to show my genius.  With my best pal Cushion guarding her; he is sitting firmly on her hair & at that angle it’ll take her ages to get up & interfere with my work, if she wakes up at all.

Now lucky you I am in charge of the computer.  Even Mummy admits I’m the greatest computer expert in the house.  3 whomans combined are needed to reverse my work and no amount can replicate my brilliance.  Although this is hardly surprising!  I am; after all; a Burmese tiger; the most sublime thingamajig in all the world, like even anywhere.

The only trouble is some dope made the little button to turn on the computer too small for Burmese tigers.  The on button is the only one I can’t push with my dainty little paws.  And my family is so jealous of my computer prowess that they are always turning them off so I can’t show them up.  Oh and I can’t delete all the stupid stuff that they put on the computers; but how important can it be, I didn’t put it on.  Whomans are big jealous cry babies that don’t share well! 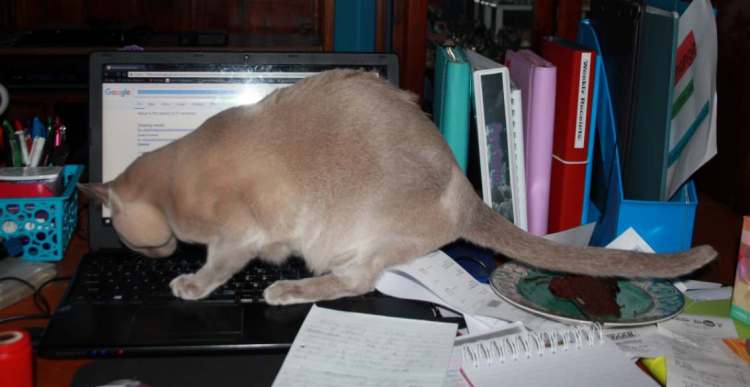 So, to introduce myself; I am Orion.  I was named after both a star system; because I am a star, and a hunter; because I am so manly and svelte plus I am a brilliant hunter; I hunt Pixie and Echo all the time and  always catch them. 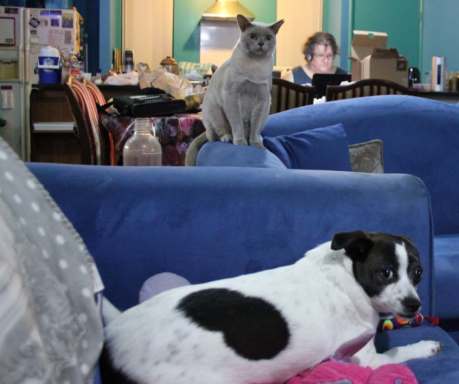 My birth mum was Venus; goddess of love & beauty, well I don’t know about the love part; Mum was more strict and grumpy than Mummy ever is, but as to the beauty part, well, just look at me!

Venus also means Morning Star, see my star-ryness is hairy-editry; you know genetics for tigers.  Both my parents were champions, of course again, look at me.

If I hadn’t gotten a hernia; I think he must have meant hairy knee -er, after I was borned I would have been kept as a stud.  Which would have meant holding onto a wall all the time.  So look at how hairy my knees are.  My knees are so hairy; no wall for me. So its time to talk about the people I lives wiff; Mummy, Daddy, Granma & Catsy are pretty well  behaved for whomans; they do most things I tell’em to.  Lex picks me up and jabbers at me, calling me by my nickname “Evil” which means incredibly clever and probably handsome as well, but all that sweet talk doesn’t make Lex any less annoying, and doesn’t make up for her refusal to let me clean her room.  2 little whomans are here sometimes but mostly they live at a place called school because whomans need to be taught stuff; they don’t know everything like Burmese tigers do.

I have to go now; my mate Cushion is squeaking so she must be waking up. 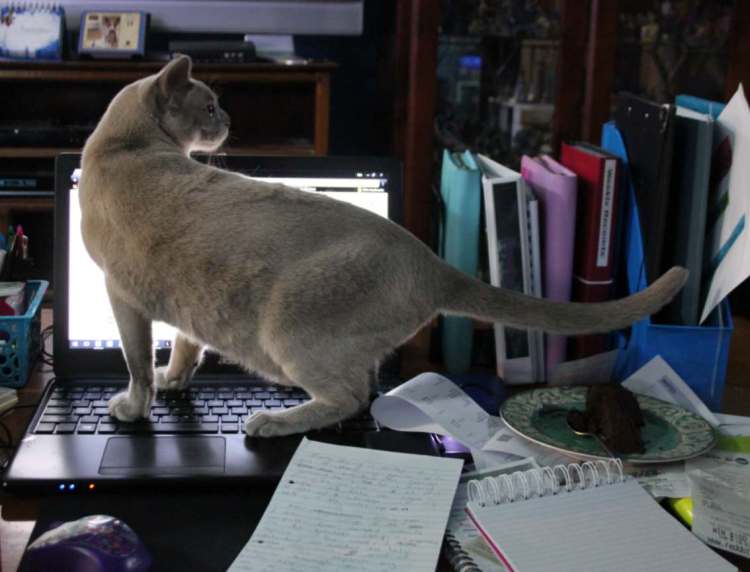 And I still need to investigate the brown stuff.  Oh, Cushion wants some too, in a minute quieten down Cushion.