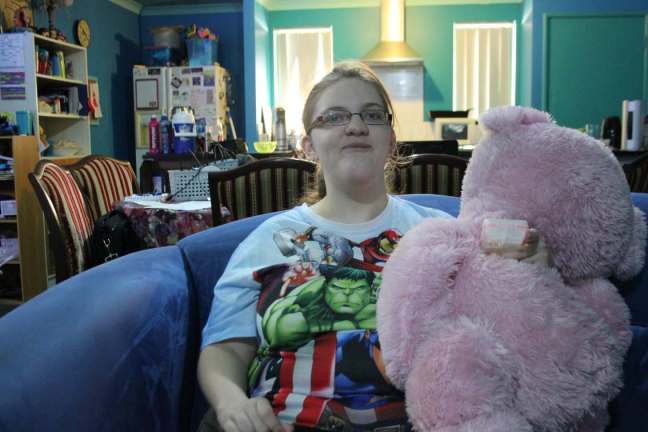 Okay  someone liked something I wrote so I visited them to see who they were.  Why am I explaining this if you are reading this you probably understand the concept.

Anyway it was a fantastic post about asking a 3 year old questions.  I had to leave the house I may have forgotten to comment but I kept the (you know computer thingamejig) so I could go back when I got home.

You must read this; it is adorable, plus you have to read it before you can continue with this post or it will make even less sense than usual.

I was in such a hurry to steal her idea I didn’t even ask, but I’ll try to remember to let her know what I have done.  If I disappear for more than a week you will know I am cowering in shame in a dark corner.

Big problem; I don’t own a 3 year old, I looked everywhere.  While I was looking I heard the sound of a toddler at play.  I opened the door and there was Alex (21 numerologically 3).  Great idea; I could ask Alex.  Better idea I could film Alex and then I wouldn’t have to write notes.

But I couldn’t interview Alex for most of yesterday because her computer broke & she couldn’t speak.  Then she got a new computer and got really excited and had to have a nap.

So this morning after sending the two babies back to their first day of school (year 8 & 11).  Before you ask I was really good and only put super hero book labels on a few of their files, and when given a perfect opportunity for comedy; I was asked to trim Tab’s fringe, I resisted and just cut her hair nicely.

I had tried to pack their bags the night before; cushions because pains in the butt require cushions, a remote each so they could be remotely under control etc, but they were completely unappreciative.  They took turns bopping me with a magazine.

Back to the survey; so this morning after blah blah, I asked where Alex was so she could do her survey.  Gavin said she was asleep; so we both immediately said we could do it anyway and proceeded to make snoring noises until we were both laughing too hard.  Thus proving yet again that we have been together far too long.  And also that people with autism have less need for recreational drugs.

Anyway eventually even Alex had to wake up.  And to make a long story; OMG 424 words, incredibly long here is the survey.

But just a brief warning (ha ha I could go on for ever like this for a good page or more) Alex has a genius IQ but is currently afflicted with a form of withdrawal that causes, well what you see.  Alex in both this & her lucid moods is fully behind these blogs as an important part of communicating about Autism.  So you are not laughing at her, you are learning with her.

Please be patient it has taken 12 hours and Catherine to get the video converted to AVI & small enough to upload.  If it doesn’t work let me know!