First of all, trick image the above is actually a dog, & what’s wrong with my dog may be the subject of another post but not this one.

First which one do I mean?

Well she’s old, set in her ways & doesn’t understand why the other pets don’t enjoy being hit when she’s angry or bored.

Odd; but I think I know what’s wrong with this one! 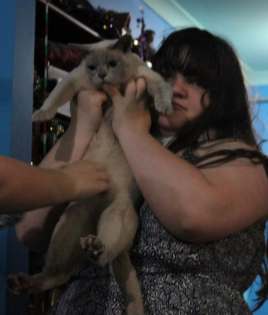 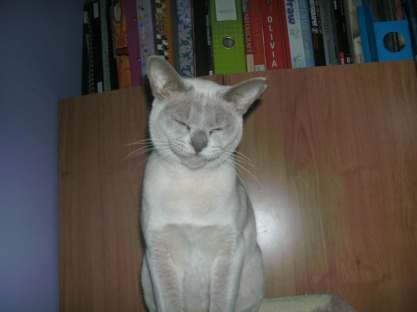 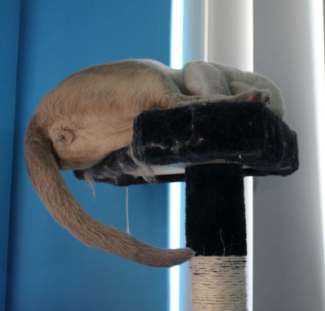 He may get up to a lot of stuff; but once you consider he is young, male & Burmese, well, he’s an angel.

So is it perhaps? 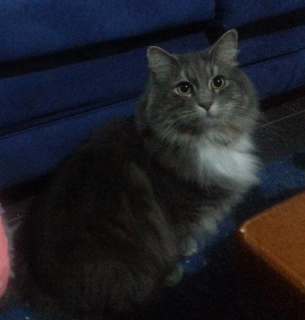 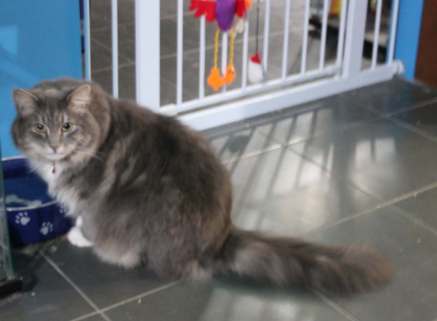 Let’s see; he’s huge but that’s because he eats everyone else’s food (that includes the fish & birds and mine).  Plus he hardly ever moves and lets the kids cart him about the house.

Good point; he hardly ever moves but he’s half Ragdoll and all Tomcat, so I think that’s kind of normal.

He thinks he’s a dog.  Well when we first brought him home as a kitten Cherise had just lost her half Ragdoll companion Tom cat and wanted to play, Smokie’s sister didn’t seem to like him & the adult cats weren’t playful.  (Except for the times when Chase & Smokie would jump on a bed or chair & let Charlie the male dog up but not Cherise or any of the girl cats).

And he grooms himself, if he can’t make one of the girls.

No I understand Smokie.

So the odd Cat that I can not understand is….

Or Pixie the Pixilated Princess.

This cat is the Queen of Odd.  If she wants affection she wallops the nearest person; the second time with claws.  She’s shy with most visitors but aggressively affectionate with random strangers.  She worshipped Chase (it was reciprocated) but seems to hate her brother; unless he decides to discipline Echo & then she is in.

She does not cover up after using the kitty litter tray. And she does not and never has kept herself groomed.  Although she has groomed the two older males Chase (deceased) and Smokie.

Pixie & Smokie hate being groomed, Chase would run over for his turn & both Echo & Orion love it.  For the past year I have hidden cat grooming brushes etc in my ensuite, where Pixie likes to visit with me for alone girl time; Charlie is allowed as she views him as a pet.  So I don’t hold her at all and brush, patting a lot after a knot etc, until she gets sick of it.  Unfortunately this doesn’t completely solve the problem.

Last week I found 3 really matted knots in her fur (back legs) and knew I’d have to do a proper brush, besides Smokie was seriously overdue.  I avoid this job because I am allergic to fur and scratches but it was a low pollen day. 40 minutes I had her in a harness, shrieking and trying to kill me. But I am a very determined person (obstinate & obsessive) & I cleared the knots with almost continuous brushing for all of those 40 minutes.  I didn’t do her stomach as well as I wanted too, she still has a lot of loose fur but it was too much for both of us.

I then did Smokie; who has not had a brush in a month.  Not one knot, barely any loose fur, 5 minutes & he was perfect.

Why is my cat (Pixie the Pixilated Princess) such a grot? 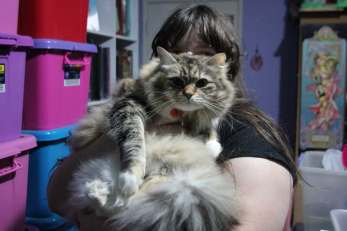 13 thoughts on “Does Anyone Know What On Earth Might Be Wrong With My Cat?!”